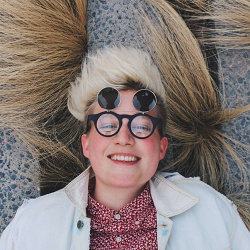 The young animator, who graduated on Film Academy of Miroslav Ondricek in Pisek in 2014.  Not only to her Instagram profile @AnimateNY www.instagram.com/animateny gained recognition overseas, in the US. She made her dream, came true and now Eliška lives and works in her favourite city – New York. Instagram literally changed her life and brought the cooperation on which such modest Czech girl or dreamed.

Now, she is responsible for eg. a spot for Jamie Oliver, occupying front pages of the New York City newspaper Metro, insta-events for American Vogue and articles in the media worldwide.

Eliška works on projects in the Czech Republic, as well. One of the latest is the cooperation with the organization “Můj Nový Život” (My New Life), which helps children with cancer.