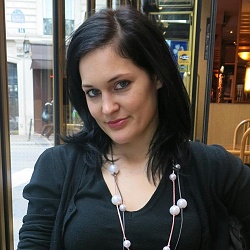 Graduate of the Film Academy in Pisek (specialization in Management in the audiovisual creation, 2014) and Masaryk University in Brno (Finance, 2011).

In 2014 she completed the studio with producer Deana Jakubisková, where she defended her work on the visual aspects of the audiovisual creation.  In 2008, she completed her six-month intership at the Fachhochschule des bfi Vienna.

Currently (2015) is working on feature-length documentary “Archa světel a stínů” (The Ark of lights and shadows) directed by Jan Svatoš, www.archafilm.com and on document for Czech Television “Kovářova kobyla chodí bosa” (The blacksmith mare goes barefoot).